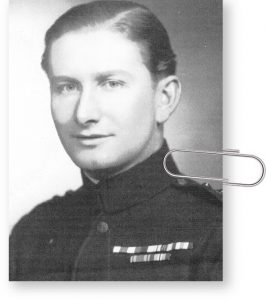 Medal Award: Military Cross from his activities at the Battle of Monte Cassino, Italy

David McCarthy (Grenville 67) kindly sent a War Office Accreditation for his father, Captain James McCarthy (Grenville 40), for the Old Stoic Archives. The papers show that James displayed extraordinary powers of leadership whilst being exposed to horrendous conditions. His story is both motivational and inspiring.

Quotes from the Accreditation

This War Office Accreditation shows the bravery of Captain James McCarthy. Only too often we miss out on such untold stories about the bravery and good deeds of Old Stoics. It is our intention to encourage you to submit similar stories so we can add to our archives and use the information to inspire future generations of Old Stoics.