Now that Corbynism has been condemned to the dustbin of history and the existential threat facing independent schools has been lifted, it is time to take stock of the benefits of independent education.

Private schools, threatened in the 1970s with irrelevance and obsolescence, adopted Thatcher’s educational Darwinism and rapidly reinvented themselves as exam factories with wrap-around pastoral care and Olympic standard sports facilities. Heads of Britain’s 2,500 independent schools should be shouting from the rooftops that their schools are the best in the world. This is not vulgar preening or boasting, traits frowned on as non-U, but a truth which can be substantiated with evidence. Intelligent parents are not seduced by glossy brochures with photographs of immaculately groomed children standing in front of crenelated towers, crocketed gables and state-of-the-art facilities. Instead, they choose independent schools for three principal reasons: better exam results, smaller class sizes and a wider range of co-curricular activities in sport, art, drama and music. 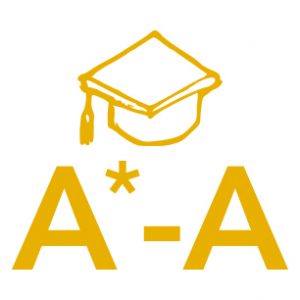 In August 2019 nearly half of A level entries from independent schools achieved A* and A grades, double the national figure and one in 14 candidates achieved three or more A* grades. 81% of the 157 Stoics who submitted UCAS applications for entry in 2019 secured places at Higher Tariff or Russell Group universities (Edinburgh, Exeter, Bristol, KCL, UCL and Newcastle were the most popular). Nearly a quarter of all GCSE entries from ISC schools were graded 9, more than five times the national average. British independent schools do exceptionally well in the global PISA tests. The Programme for International Student Assessments compare the achievements and abilities of 15-year-olds in science, mathematics, reading and collaborative problem solving. The outstanding performance of British independent school pupils in science puts them on the same level as pupils in Singapore and a year ahead of their peer group in maintained schools.

While there is no direct co-relation between smaller class size and academic results, pupil-teacher ratios in independent schools average 9:1 compared with 18:1 in the maintained sector, an advantage which enables independent schools to focus on the bespoke needs of the individual pupil, allowing small group and one-to-one work in the classroom.

Independent schools have made huge investments in their facilities which is why fee increases have generally outstripped inflation. Private schools in London have an astonishing 59 theatres compared with 42 theatres in the West End; there is a correlation between investment in state-of-the art sports facilities and 32% of Team GB medallists in the 2016 Rio Olympics coming from private schools – the same proportion as the number of MPs educated privately. This represents a facilities dividend and a return on the investment of a huge amount of time and effort by teachers, coaches and pupils who see sport as character building and inherently worthwhile. Boarding schools, educating 12.9% of pupils at independent schools, have arguably undergone the most dramatic transformation of all: unheated dormitories, cold showers, fagging and compulsory games have been replaced with 5* hotel facilities, zumba classes and locally sourced, restaurant quality meals. Pupils educated at Stowe in the 1970s and 1980s would not recognise today’s campus with superb purpose-built boarding houses like Queen’s, Stanhope, West and Cobham, complemented by first-rate facilities like the Chung Music School, the completely refurbished Music and Art Schools, a new running track, equestrian centre, two all-weather pitches and an enhanced golf course. 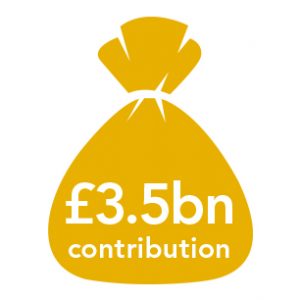 According to the 2019 ISC Census and Annual Report, ISC member schools contributed £13.7 billion to the economy, educated 525,000 pupils, supported more than 300,000 jobs and contributed more than £3.5bn in annual tax. Stowe is a member of the G30 Schools which brings together the heads of iconic schools from around the world to discuss best educational practice. The educational excellence found in UK independent schools is now being replicated in franchise models operating in China and South-East Asia with royalties and fees from 58 overseas campuses, educating nearly 40,000 children, flowing back to support bursaries and scholarships in the UK parent school. Why shouldn’t parents in Beijing and Bangkok dream of their offspring becoming the next Sir Richard Branson, David Niven or Leonard Cheshire?

One of the founding fathers of the Enlightenment, John Locke, inspired the phrase “Life, Liberty and the Pursuit of Happiness”, three of the inalienable rights found in the American Declaration of Independence. Locke is commemorated at Stowe in the Temple of British Worthies with this inscription: “Who best of all philosophers, understood the powers of the human mind; the nature, end and bounds of civil government; and with equal courage and sagacity, refused the slavish systems of usurped authority over the rights, the consciences, or the reason of mankind.” The private sector needs to rediscover the optimism of the Enlightenment and stop apologising for providing superb opportunities for the children of parents exercising their rights and making significant financial sacrifices to educate their offspring. We should refute the populists and polemicists who have created a micro-industry in bashing private schools, accusing us of creating an apartheid of class segregation, promulgating inequality and injustice, inhibiting social mobility and reinforcing archaic notions of noblesse oblige and privilege. It is as though success has little or nothing to do with intelligence, endeavour, hard work, perseverance or resilience – destiny is decided by a binary Manichean cosmology based on whether or not an individual attended a private school. The right to operate independent schools is enshrined in the European Convention on Human Rights and Article 26 of the Universal Declaration of Human Rights which guarantees that “parents have the right to choose the kind of education given to their children”. 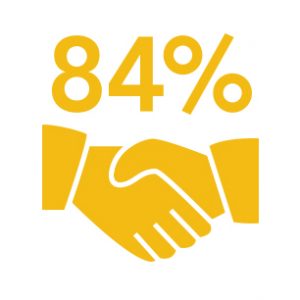 Instead of resurrecting dead and buried collectivist policies from the 1970s to “end hierarchy, elitism and selection in education” by taking away VAT exemption on fees, removing charitable tax relief on business rates and eventually abolishing independent schools, the left should be seeking to improve social mobility and cohesion by widening enrolment and access to the children of families who cannot afford the fees. More could and should be done to create a blended, integrated national education system. Sir Michael Wilshaw, former chief inspector of schools, lambasted HMC schools for not doing enough to create genuine partnerships with state schools. Soon after Wilshaw’s “crumbs from your table” speech in 2013, the Independent Schools Council launched its Schools Together initiative programme and 1,142 ISC schools (84%) are now in mutually beneficial partnerships with state schools: these range from full sponsorship of free schools and academies (Stowe formed a meaningful partnership with the University Technology College at Silverstone) to academic departments sharing best practice in the classroom. This is not always a one-way flow of pupils from state to independent schools: the UTC at Silverstone currently hosts pupils from Stowe who have elected to take a BTEC in Engineering.

It is not hard to understand why there is a general perception that independent schools are unfair: out of the 600,000 privately educated children, just over 6,000 are in receipt of 100% free places: only 1% of pupils attending independent schools are on fully funded, means tested bursaries which compares unfavourably with 13% of pupils eligible for, and claiming, free school meals in the state sector. Why not create an Open Access Scheme with the state forming partnerships with independent schools and contributing to the cost of educating pupils privately? More effective means testing of income and wealth would avoid the pitfalls of the discredited Assisted Places Scheme which was scrapped by Tony Blair in 1997. Overnight, places at schools currently regarded as unreachable bastions of privilege and elitism, would be available to thousands of children from low income families. The system works well in Australia where independent schools receive 42% of their funding from government and 58% of funding from other sources, mainly fees. If it can work in Australia, breaking down barriers of class and privilege, why not try it in the UK? No one wants a system of entrenched unfairness and I have yet to meet anyone who joined the teaching profession to teach the offspring of the world’s plutocrats, oligarchs and millionaires: I cannot think of a better time to have a mature conversation about the place and future of independent schools in our society.

Schools like Stowe are fully aware that their continuation depends on their ability and willingness to engage in the national educational debate and improve social cohesion by widening enrolment to children from families without the means to cover the cost of an independent education. To this end, we will be celebrating Stowe’s upcoming centenary by launching Change 100: our mission to raise £100m as an endowment for bursaries, to support one hundred fully funded boarding and day places at the School in perpetuity. The success of independent schools is not based on class snobbery and privilege, but on their ability to move with the times, re-invent themselves and stay relevant. We have already begun to address the affordability issue by charging below £20,000 a year for places in Cheshire and Winton, our new day houses which opened in September 2019. Change 100 is a vision for the next one hundred years of educational excellence which will provide transformational opportunities for children who would otherwise not be able to attend this unique school, which prides itself on bringing out the best in each and every Stoic.