Ed Shillington, who died on 30 September 2018 aged 45, looked back on his time at Stowe and the friends he made there with affection. His father Anthony (Chatham 61), uncle Colin (Chatham 57), brother Jonathan (Temple 89) and cousin Katie Brooks (née Shillington, Nugent 87) were also at Stowe and his nephew Micky is there now (Bruce, Lower Sixth). He and Marco Baldini (Temple 91) were best men at each other’s weddings.

An academic scholar, he subsequently went to St Catherine’s College, Oxford, where he attained a First Class Honours degree in Metallurgy and Materials Science. He always appreciated the quality of the Stowe teaching that enabled him to get there, in particular Simon Collins’ outstanding Physics lessons. His innovative mind, entrepreneurial flair and mould-breaking spirit were all in evidence early on. Former Head of Chemistry, Brian Orger, recalls how Ed designed a complex flow-chart of chemical reactions summarising the entire A Level Organic Chemistry syllabus on a single sheet of A3 paper, subsequently christened the ‘Shillington diagram’ within the department and still apparently in use today. John Law (Chatham 91) remembers him attempting to miniaturise the end product to fit inside the glass face of his wristwatch on the eve of his final A Level exam. For Ed, seeing whether this was technically feasible was more important than revising! The pleasure he discovered at school in thinking outside the normal bounds of convention, in seeking a better way of doing things, stayed with him throughout his life.

At Stowe, Ed was Captain of Tennis and won the photography award. In the Lower Sixth, he threw himself with gusto into directing the Temple House play, Alan Ayckbourn’s A Chorus of Disapproval. His enthusiasm, however, meant that on the night of the dress rehearsal the production was found to be severely over-length, at nearly three hours, necessitating some drastic last-minute cuts – much to the surprise of cast members! 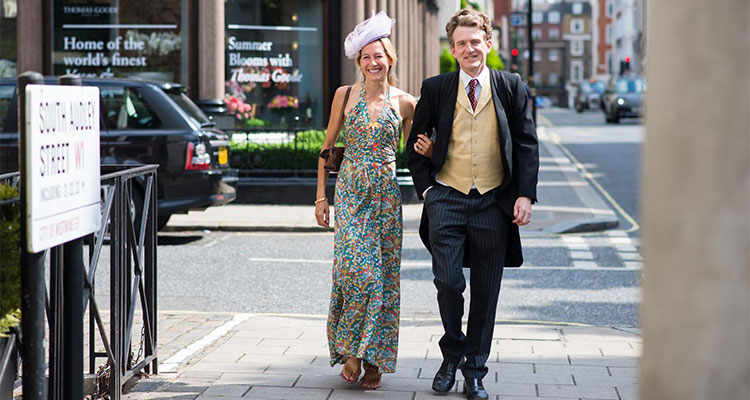 During his gap year, Ed taught Maths and Science at Magunje Secondary School in a rural area of Zimbabwe. This had been arranged by Stowe through membership of the charity Schools’ Partnership Worldwide. There, he much enjoyed teaching scientific principles, even without the aid of a laboratory, any scientific equipment or basic materials. For many years afterwards he sponsored one of his former pupils.

After Oxford he went to the University of California, Santa Barbara, where he was awarded a further Master’s degree. In 1997, he identified the Internet, still then in its infancy, as the arena where he could put many of his skills to good effect, becoming an expert in the uncharted territory of domain names. He and his wife, Joanna, moved to Bermuda, where they lived for ten years and started a family, having two boys, Rufus and Arthur.

Alongside running his business, Ed developed a keen interest in philosophy: Robin Campbell’s translation of Seneca’s correspondence from retirement with a younger civil servant in Letters from a Stoic was a particular favourite. The search for a good life led him to become a committed vegan, many years before this entered the mainstream. Not only was a plant-based diet healthier for you, he concluded after deep research, but it also placed much less of a strain on the planet’s over-stretched resources. He was determined to live by what he believed.

The family were most touched by the number of Old Stoic friends and former masters who attended the memorial service.