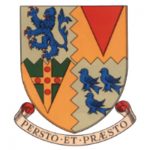 A bitter sweet year. At the beginning of the year, we lost two senior and respected members of the Lodge; David Duckworth (Grafton 50) and Duncan Marshall-Andrew (Bruce 55).

David was a founder of the Lodge and its first Inner Guard. He worked closely with Chris Atkinson (Chatham 59) when the Lodge was privileged to host the Public School Lodges’ Council Festival at Stowe in 1994. He then went onto become our Worshipful Master in 1995 and again in 1996 and after this he became our Treasurer from 1998-2004.

Duncan became a member of Stowe Lodge almost from its foundation and, despite living in Norfolk, he used to be a frequent attendee at our meetings in Duke Street and Stowe. In recent years however, his attendance fell away which was a great shame as his contribution to our meetings was always very colourful – and always clearly audible, whether he had an official part to play or not.

The death of a member is always a distressing time for his family and our thoughts and prayers were with their families during this dark hour. It is also a salutary time for the Lodge as a friend and Brother is no longer with us and has passed on. In another light though the passing of a member is a time to reflect on his life and achievements and to remember what he stood for, the fun he brought and to honour his memory.

There is a saying in Freemasonry that one must ‘live respected and die regretted’ and that one ought to be ‘exemplary in conduct, courteous in manners, easy in address and steady and firm in principle.’ Without re-counting the many achievements of these men, both in their private and Masonic lives, I think it is very true to say that they both lived their lives fully to these principles and in so doing made those nearest and dearest and the world around them a little bit better and a little bit happier, and that is an achievement worth celebrating.

As is the way with life, in darkness there was light, and we welcomed Sam Anderson (Chatham 11) into the Lodge. Sam follows one of his best friends, Alex Robertson (Walpole 11), into the Lodge and joins a coterie of younger Old Stoics rising up the ranks. This bodes well for them as their friendships within this group strengthen and it bodes well for the Lodge as the next generation comes to the fore and take their place in its management.

In April, Charles Hopkinson-Woolley (Temple 82) was appointed the new Grand Director of Ceremonies of the United Grand Lodge of England (UGLE); which is the oldest and largest of the Grand Lodges in the world. This is an extremely senior appointment in Freemasonry as the Grand Director of Ceremonies runs all of the largest meetings undertaken by UGLE and marshals their ceremonial activities within the Provinces in the UK and within the Districts around the world. This was a highly prestigious appointment for Charles and a very proud moment for the Lodge.

In his role, Charles is being supported by Richard Montgomery (Chandos 79) and Guy Foster (Chatham 86), both of whom were appointed to his ceremonial team in April. In addition, they can also call on Sir John Perring, Bart (Grenville 48) and Mark Horlock (Walpole 79), who are other members of the Lodge who have been part of this team. It is extraordinarily rare for any Lodge to have three active, and two past, officers in this team, and I hope with humility and without hubris, this reflects the high regard in which the Lodge is held.

In the latter part of the year, the Lodge helped to set up the inaugural Public School Lodges’ Council Inter-Lodge Clay Pigeon Competition. This event was held on the most magnificent of autumn days, when the myriad colours seem to be suspended, crystalline, in the brilliant sunshine. Twelve Lodges from the usual suspects on the public schools roster took part in the day, which was marked by great camaraderie, a bit of friendly rivalry and a huge amount of fun. The Lodge was ably represented by a brace of Hopkinson-Woolleys (Richard [Chandos 87] and his son Edward [Chatham 15]), Alex Robertson, Sam Anderson and yours truly; and whilst we shot with great verve and panache we couldn’t match the eagle-eyed Old Cholmeleyians (Highgate School) who emerged victorious. They were presented with an engraved port decanter and a bottle of port to go with it, both of which were donated by the Lodge. After an excellent lunch, Alex Robertson compered an auction and managed to conjure out of the assembled £355 for the Metropolitan Grand Lodge’s London Fire Brigade appeal.

So a year of highs and lows: but the circle of Masonic life continues and the Lodge moves happily forward to its beat.

The aim of the Lodge is to encourage friendships amongst Old Stoics in the pursuit of the Masonic ideals of: friendship, charity and integrity, and if this sounds interesting then please contact Ian Bendell Ianbendell@hotmail.com