Search
The Stowe Templars enjoyed another successful season in 2017. Outside the Cricketer Cup, we achieved 6 wins, 3 losses, 1 draw with one rained off. One of the most encouraging aspects of the year was the recruitment to the club of many younger players, all of whom played with considerable skill and added much to the match performances.

As always, the Cricket Week provided the fulcrum of the season, and, again as always, we were indebted to the organisers of the Week, particularly the ever-enthusiastic Rupert Rowling (Cobham 05). We run one of the few residential public school Cricket Weeks left in the country, and we are determined to keep this going as something that gives us a point of difference compared to other schools.

Very happily after 2016, we were back to good form in the Cricketer Cup competition. Despite a rather dozy clatter of late wickets, we ran out comfortable winners against St. Edward’s at home in the 1st round, thanks to a maiden hundred from Jack Keeping (Cobham 15) and some skilful spin bowling from Rob White (Cobham 98), Rory Lyon (Walpole 07) and Henry Woodward (Grafton 13). We then had to go away to a strong Shrewsbury side where the dose was repeated in stronger measure, with a big hundred from Rob White (his third in the Cricketer Cup competition) and a 5-for from left-arm spinner Mark Hulbert (Bruce 15) on debut. Our next opponents were Old Malvernians, one of the two perennial big beasts of the competition – an exciting prospect and an opportunity to gauge our development in the competition. Another bout of late order over-enthusiasm meant we left ourselves 30-40 short, but with the Malvernians 0 for 2 after Russell White’s (Bruce 13) first two balls and then 109 for 5, we proved ourselves competitive with the best until Malvern’s experience saw them home.

One of the reasons for our success was that the Cricketer Cup squad responded magnificently in terms of availability, with the result that we were able to field close to our strongest sides in all 3 games. It is important we maintain the same level of support in 2018 when we will be aiming for another good year.

The spring nets at Lord’s are booked (ring Adam Cossins for info) starting on 20 March 2018, and we would encourage any OS cricketers thinking of joining the Templars to ring up and come along. 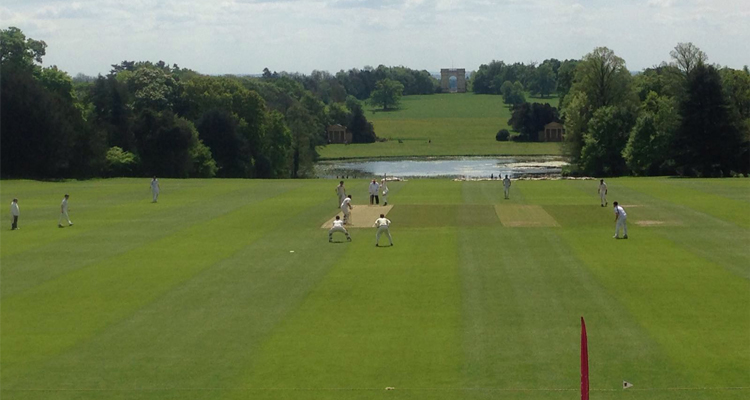 The Templars playing The Flashmen on the South Front