With our Centenary on the horizon, we have been spending time reflecting on the School that Stowe was founded to be and the School we aspire to be in the future. Most crucially, of course, we want to ensure that the defining principles and ethos of Stowe are sustained and preserved for the next 100 years.

The first Headmaster, JF Roxburgh, gave Stowe its unique identity by placing the individual and talent at the heart of Stowe’s DNA, rather than an aspiration to produce a fixed and pre-determined type of person. Stowe has always maintained this sense of individuality, a willingness to be different and to resist conformity. Some of our best-known Old Stoics, Sir Nicholas Winton (Grenville 27), Leonard Cheshire (Chatham 36) and Sir Richard Branson (Cobham/Lyttelton 68) demonstrate that an independent spirit can lead to the greatest accomplishments.

We all know that it is essential that Stowe never loses that which makes it unique, indeed what makes Old Stoics stand out, and perhaps these values are more relevant now than ever before.

In the spring, Stowe will be launching ‘Change 100’, its commitment to celebrate the School’s Centenary by providing many more bursary places for talented and deserving children – from whatever background they may come – who could thrive from an education here at Stowe. ‘Change 100’ will reiterate Stowe’s commitment to create future ‘Change Makers’, individuals like Leonard Cheshire and Sir Nicholas Winton, whilst providing the strongest possible foundation from which the School can flourish for another 100 years and more.

As part of ‘Change 100’, you will see and hear more of the Stowe Martlet: like ‘Change 100’ itself, the Martlet is rooted in the School’s very foundations and plays an important part in the School Crest. 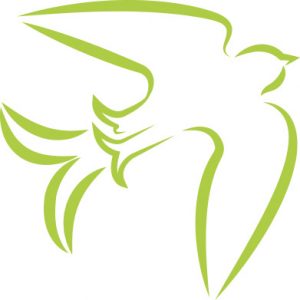 We do not know how much thought JF Roxburgh put into the design of the Stowe shield: certainly ‘Persto et Preasto’ has stood the test of time, however the Martlet does appear to be a brilliant piece of symbolism, perhaps a little ‘Easter egg’ from JF himself.

In heraldic symbolism, the Martlet denotes the younger child who did not benefit from inheriting land or being supported through a career in the Church. The Martlet – derived from a Martin – has to make its own way in the world and achieve success for itself. It is always depicted with no suitable feet to land: to represent a mythical bird that is always on the wing, travelling on a quest for knowledge and adventure.

The Martlet represents industry and determination to cut its own path. It has access to the top tiers of influence but is not beholden to the elite. These are values that have always been deeply ingrained in the School and are the building blocks of the character and attitude of Stoics, past and present.

As well as making up part of the ‘Change 100’ logo, we see the bursary students that will result from ‘Change 100’ as our ‘Martlets’ and they will bring with them experience, talent and potential that will benefit the whole school cohort. Over the course of the year we will share with you more detail of our mission and examples too of the transformative experiences that bursary students have benefitted from, through their education here at Stowe.

The world is changing faster than ever before and our changing world needs more ‘Martlets’ to be the architects of that change. Stowe, too, needs to ensure that it is set fair to thrive through the next century – and by keeping true to the Stowe Martlet, Stowe’s core values will not be lost.